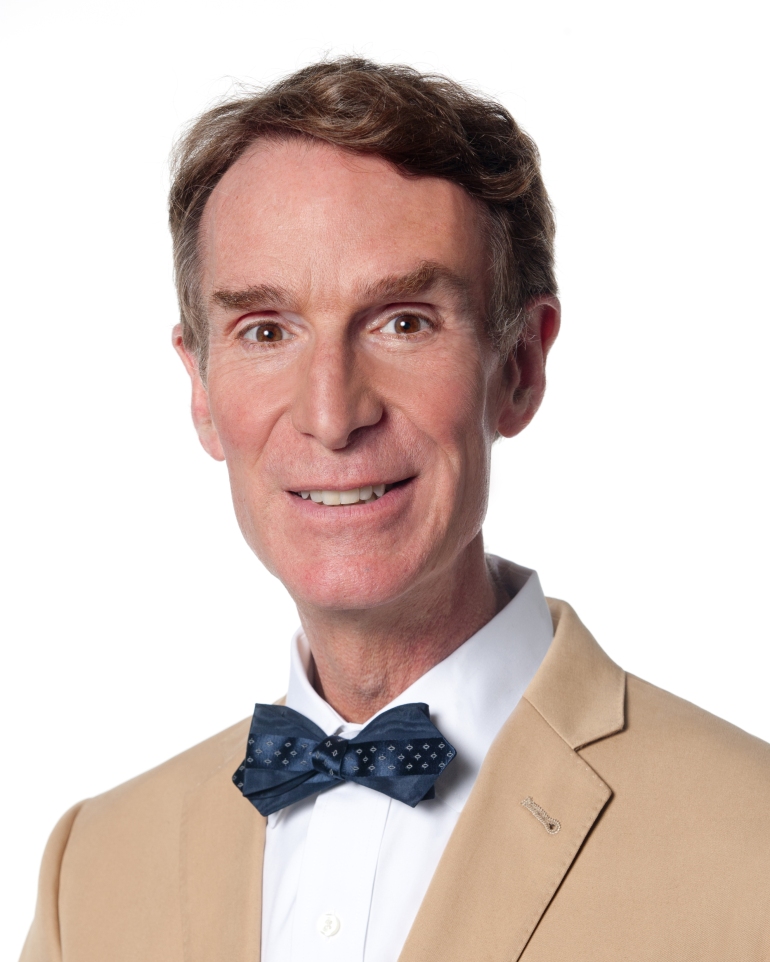 As an adult, I came to really appreciate what Bill Nye was doing. The enthusiasm with which he leaned into not being cool, rather than awkwardly actually trying to be cool, was… pretty cool. Oh, and also, science. Ya man, I like science.

So I was pretty jazzed to see on Netflix his new series Bill Nye Saves the World. Bill Nye for grown-ups! Alright! I had finished reading one of his books a couple years ago, which I’d really enjoyed.

In Bill Nye Saves the World Episode 2: “Tune Your Quack-o-Meter” Nye’s main argument is that anything other than western medicine based on scientific study is not real medicine.

Just before seeing this episode, I’d also happened to finish reading Witches, Midwives, and Nurses by Barbara Ehrenreich and Deirdre English. What an incredible (and deeply important) insight into witch-hunts, the capitalist tactic to run midwives out of business, and the emergence of the subservient nurse role.

Guess what the first doctors and “medical practitioners” were basing their remedies off of? Teachings of the church. Yes, TEACHINGS OF THE CHURCH. The senses (necessary for empirical study) were seen as tools of the Devil. Yeah, THE DEVIL.

Guess who we see as practical and supernatural now? That’s right, we’ve flipped. Men killed and drove female healers out of their practices, eventually adopting their methods, and have claimed their seat of authority in the name of… science– practical and logical, science.

Tynan needs a minute…. I. HATE. YOU. PATRIARCHY. SO. MUCH.

Okay, anyway, back to Episode 2…

In Bill Nye Saves the World Episode 2: “Tune Your Quack-o-Meter,” Nye takes on “alternative medicine” with a very very very broad brush. Don’t get me wrong, most of what he explored on this particular episode I was like, “yeah, that sound therapy guy is definitely full of shit.” I, too, think it’s dangerous to tell people yelling at your stomach will cure cancer. I, also, am deeply opposed to legitimizing homeopathic remedies because there is no evidence beyond placebo that it works (though I do not believe that placebo effects are meaningless– alas, that is another blog post for another time). And yes, the Whole Foods peppermint vinegar solution would be a horrible antacid…

But wait. Why was someone selling something with peppermint to cure a highly acidic stomach when peppermint is indicated for treatment of food poisoning in traditional medicine?

And hey, who’s bright idea was it to use white vinegar? Apple cider vinegar is a much better remedy to help with heartburn, because it’s alkaline-forming in the stomach not acid-forming like other vinegars.

Sounds like this product is a perfect case of a little information is a dangerous thing.

Here’s my problem… Not only does Nye say “alternative medicine” is not medicine because it’s “alternative,” he indirectly dismisses plant medicines in his antacid demonstration. Rightfully so, that particular product was crap, but it wasn’t very scientific of him to show one product out of… Oh goodness, what, millions of possible remedies?

Nye also had a picture of an apothecary bottle (looked like an essential oil bottle to me) and a sprig of lavender in the background. Lavender is one of the more heavily researched herbs and many pharmaceuticals use lavender in their products.

Finally, toting western pharmaceuticals as the only real medicine when people all over the world have established effective medicines from the local plants and minerals available to them– feels a little racist, doesn’t it? I know Queering Herbalism has a lot to say about that. It’s as though everyone outside of the “civilized” western world is just playing around in superstition and make-believe. Perhaps this is more reflective of western medicine feeling a little sheepish about its ineffective roots in Christianity, than of the various culture’s medicines themselves.

It also begs the question: how did anyone survive before pharmaceuticals?

He presents pharmaceuticals as the one and only true medicines because they are based on good science with regulatory bodies that give final approval. Biggest problem here? Capitalism.

How many pharmaceutical medications have been pushed in the name of profit, have been approved for sale with only a 4% or so above the placebo mark success rate (I’m referring to Prozac here, thank you Bessel van der Kolk). Or my favourite, Thea Cacchioni’s book, Big Pharma, Women, and the Labour of Love, looks at how this biological obsession with women’s lack of sexual desire is clearly rooted in money: if we can make a pink viagra, we can cash-in. By ignoring the psycho-social reasons for not wanting to have sex (e.g., unprocessed past sexual trauma, untrusting relationships, lack of communication in relationships, negative body image, etc), we can pathologize low desire and find a “cure.” Emily Nagoski’s book, Come As You Are, clearly illustrates that how women feel about sex (all those psycho-social factors) are at the root of most sexual woes and triumphs.

Additionally, what about the women of colour that were killed in the making of birth control pills? What about all the women that were told these pills can’t cause depression, when we know they absolutely can (I was one of these people, told over and over again by different doctors that it wasn’t a side effect)? Where were the regulatory bodies then?

Who do regulatory bodies serve?

Fuck off a little bit, Bill Nye. It’s not that simple.

Science is a method of study. Who is using that method— for what end and with how much funding— means everything. Science will not save you from capitalism, racism, classism, sexism, ableism, or any other ism.

I’m calling bullshit on blindly trusting in pharmaceuticals and western medicine as the only medicine.

I love Billy Nye, I hate that I had to write this piece, but his position of power means his voice is very influential, making his overly simplistic denial of any medicine outside of western medicine harmful. It’s because of the opinions of people like him that I worsened or suffered for far longer than I had to with conditions that I have since cured or currently manage with traditional Chinese medicine, aromatherapy, and local herbs.

(If you’d like to read a great article about healing and herbal medicines, I highly recommend this gem I recently came across from Steven Martyn, whom I had the pleasure of learning from two summers ago at the Sacred Gardner).

Tynan Rhea is a queer-bisexual, nonbinary settler with German and Slovak ancestry. Tynan has a private practice online across Canada as a sex & relationship therapist, sex educator, and aromatherapist. Tynan developed and taught the Sex & Birth Support Person course for doulas and birthworkers and is the founder of PostpartumSex.com. Tynan approaches their practice from sex-positive, queer & trans-affirming, trauma-informed, anti-oppressive, and feminist frameworks. Tynan started their private practice in Tkaronto and grew-up in Wasaga Beach. You can find Tynan on Facebook, Instagram @TynanRhea or TynanRhea.com View all posts by Tynan Rhea